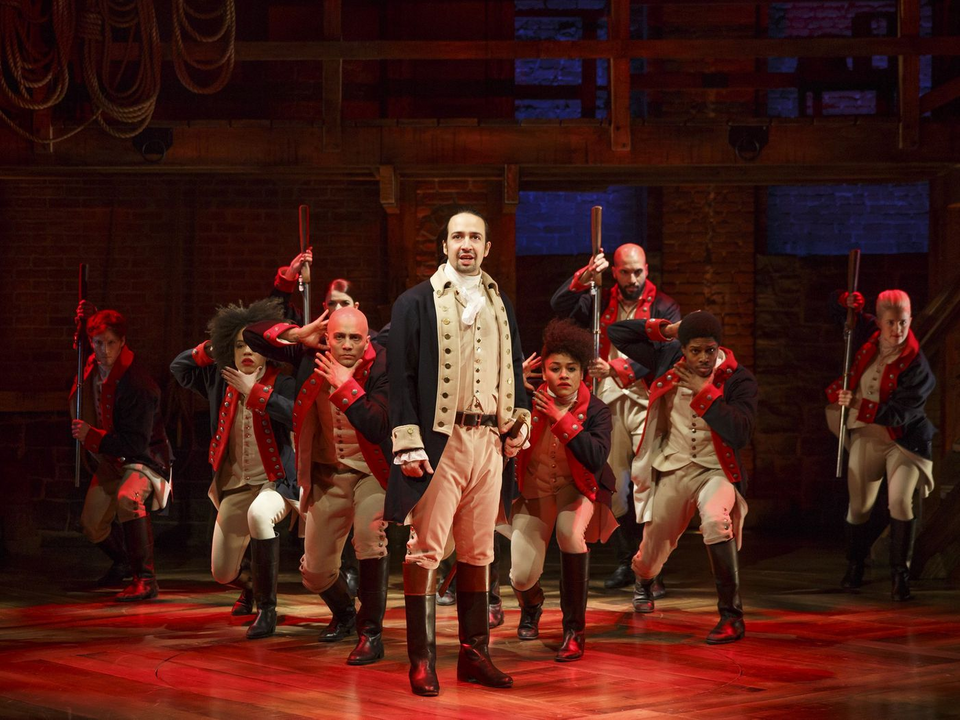 There’s no doubt that Hamilton is a very popular musical. However, it covers a subject that wouldn’t be considered popular in mainstream media: history. At this point, most people know the plot of Hamilton: Alexander Hamilton fights in the war for independence and helps found the United States. However, something that many people fail to consider is how accurate the musical is to real life. Well, here’s the answer: the musical is not historically accurate. It's a dramatization so that it can tell a compelling and interesting story.

The point here is: the characters in the musical do not accurately portray real-life inspirations and we must be able to differentiate them as such. Think of it like this:, How would you feel if people started talking about a staged version of your life, but it had random love affairs and other incidents that never happened stuck into it and took is as the truth? Not very good right?

The basis of this is honoring a memory of a founding father and all that he gave for America, but we do not wish to honor the wrong things.

This musical spurred many young adults into an interest in history, or at the very least Hamilton himself. People who previously regarded history as a boring and stagnant subject, with low expectations for the musical (like me) grew eager to show off niche trivia about said subject. It is an interesting cultural phenomenon stemming from a musical written by a talented song writer, Lin-Manual Miranda.

So what are these inaccuracies? Well, I’ll give a few examples.

Take the Schuyler sisters. Contrary to what Miranda portrays, Phillip Schuyler did not only have 3 daughters. In fact, the man had 15 children! Eight of which survived to adulthood (three of whom were sons) and among them were the three sisters features in the musical, the eldest of the siblings. But Phillip Schuyler did have sons; therefore, Angelica's claim in the musical that “[her] father has no sons so [she's] the one who has to social climb for one” is not true. This was written so Miranda can craft the romance narrative between Angelica and Hamilton.

Even this romance narrative was based on speculation, stemming from one comma Miranda, and some historians, found suspicious in a letter from Hamilton to Angelica. Ah. That comma. That infamous comma. “My Dearest, Angelica,” instead of “My Dearest Angelica”,  changed her from a dear person to his "dearest." This was the only indication that Lin-Manuel Miranda had in crafting the romance between Angelica and Hamilton. The comma, like it’s said in the musical, changed the entire meaning of the sentence. Historically, there has been no other indication that there was anything going on between the two.

Furthermore, Angelica did not introduce Alexander Hamilton to his future wife Eliza Schuyler. Most sources imply that she wasn’t even nearby. While the song "Satisfied" is fantastic (my favorite, in fact), Hamilton and Eliza under different circumstances. Eliza was staying with her aunt, Gertrude Schuyler Cochran, in Morristown, New Jersey. Hamilton was stationed in Morristown at the same time, and the two met at a party Eliza’s aunt threw for George Washington’s staff. Although, the way the two were smitten for each other was not exaggerated. At all.

Another factor that was historically different in the musical was the idea that Hamilton, during his famous duel with Aaron Burr, would "raise [his] gun to the sky." This was more symbolic than anything else. This image—Alexander pointing his gun to the sky—portrays Hamilton as a hero, unwilling to take another man’s life in a duel. Furthermore, it paints Aaron Burr as a villain (but a smart and likable one). Historically, the duel between Burr and Hamilton happened a little differently. The actual events are still up in the air as there were many varying accounts of the situation. But one thing is certain, Hamilton did fire his gun and the shot flew into a tree above Burr’s head. It is believed that Hamilton fired with the intention to miss, as his doctor claimed that Hamilton suggested this was his intent before the duel.

Hamilton himself wrote before the duel: "I have resolved, if our interview is conducted in the usual manner, and it pleases God to give me the opportunity, to reserve and throw away my first fire, and I have thoughts even of reserving my second fire.”

Many believe that Hamilton fired first, aiming to miss, but according to the code of duels, this could be considered, in modern words, throwing the first blow. Thus, Aaron Burr, not realizing Hamilton had no intentions of harm, was fully justified in firing his shot in ‘self-defense’ before coming to realize what happened and stepping forwards in what witnesses believe to be regret.

The musical serves its purpose of generating interest in history for its viewers, but it cannot be taken as a source of historical information. While it’s true that Miranda did his homework on the subject, there are many more difference that Miranda took the liberty to change for the story. Therefore, I compel those who have taken an interest in understanding Hamilton more to take some time to research the events in the musical to learn how it truly went down. We do not wish for the true history of these very real people to be covered up by an inaccurate (but amazing) musical.