The hip-hop story is often centered on hardships, violence, gang affiliation, drugs, and other aspects of “the street.” Children are exposed to this reality young, and, in their teens, they are forced to make a decision: buy in or get out. Rappers like Tupac, Ice Cube, Notorious B.I.G., and Nas, have exposed this reality and forced their listeners to visualize the tragedy and violence that poisoned their lives from such a young age. They express what obstacles they faced and the tactics they learned to survive the hands they were dealt. In short, they have authored “the come-up.”

The come-up is not just applicable to those who gain success in the music industry, however. A great example of the come-up can be found in Alexander Hamilton, the founding father who took the role of the first Secretary of Treasury in the U.S. government. In the hit musical, Hamilton, Lin-Manuel Miranda makes this connection apparent, using hip-hop to tell Hamilton's story, a story that mirrors the story of Tupac Shakur and thus portrays him as the ultimate come-up.

Tupac’s story built the foundation for future hip-hop artists: a childhood that involved violence, drug selling, drug use, broken families, poor neighborhoods, altercations with police, and gang affiliation. Tupac was dealt a bad hand and had to choose to give in to the street or risk it all to leave.

Tupac grew up in Marin City, California, near San Francisco, where drugs and violence would be prevalent throughout his whole life. His mother was addicted to crack-cocaine, and he ran around with gang members in his early teens. In his popular song “Dear Mama,” Tupac speaks about facing the idea of jail at an early age and trouble with the law, despite punishment enforced by his mother:

And who'd think in elementary, hey
I'd see the penitentiary one day?
And runnin' from the police, that's right
Mama catch me, put a whoopin' to my backside
And even as a crack fiend, Mama
You always was a black queen, Mama

I hung around with the thugs
And even though they sold drugs
They showed a young brother love
I moved out and started really hangin'
I needed money of my own, so I started slangin'
I ain't guilty, 'cause even though I sell rocks
It feels good puttin' money in your mailbox

Tupac ran with a bad crowd. His future would be on the streets unless he decided to make a change.

Like Tupac, Hamilton dealt with his fair share of hardships. Hamilton began without parents, an orphan born in the Caribbean without a future of success. In “Overcoming Adversity: The Childhood of Alexander Hamilton,” Michael J. Gerson explains that Alexander Hamilton’s family was very poor, his father abandoned him and his older brother, and eventually, his mother died. Alexander Hamilton had no money, no family, and no future. Some claim he and his brother had an older cousin who sought to take care of them, but he eventually committed suicide, leaving the brothers alone again. Death was ever-present, as were abandonment and harsh living conditions.

If there had been an understanding of "the street" in the 18th-century, Hamilton's childhood might have embodied it.

But Hamilton's path wasn't set in stone. At a young age, he took his early education seriously and found a passion for reading and writing. Miranda's musical uses Hamilton's education as a recurring motif, constantly alluding to how learned he becomes, how agile with the pen as he "[writes] like [he's] running out of time."

Here prodigious 18th-century writing talent meets 20th-century street poet. Both Alexander Hamilton and Tupac Shakur found an ability within themselves to express thoughts and emotions through words. This is how they separated themselves from their environment, how they took themselves from meager beginnings to stardom: political in Hamilton's case, musical in Tupac's.

As is often the case with great talents, however, both Tupac and Hamilton had their struggles even as they found their great succes. Both men had their fair share of legal troubles and were accused and/or committed crimes that would change the way the public viewed them for the rest of their years.

Tupac had several encounters with the law, including a murder charge when he was 22. From age 22 to 25, Tupac got in trouble for things like assault, gun violence, sexual abuse, and violation of bail. In one major incident, he was arrested for beating another rapper with a baseball bat and spent 10 days in prison.

Like Tupac, Alexander Hamilton had some encounters with the law. Most famously, he partook in the first official political sex scandal in the United States. Although his actions were not illegal, Hamilton did have to face a jury about his affairs. The case was taken to court as Hamilton was being accused of taking part in a financial scandal. In reality, he was not embezlling funds from the public, but he was paying hush-money to his mistress’s husband. He came clean about the situation. Sarah Pruitt claims that the reputation of the Federalist Party and the position of the Treasury in the government were in jeopardy. Many felt that if Hamilton were corrupt, his position in government wouldn’t be trusted.

In their lives, Tupac and Hamilton were both victims of gun violence that lead to their deaths. Several days after attempted murder on him, Tupac would be gunned down by an unknown man that would take his life. Many feel this was a result due to his past of violence. Hamilton, though, was shot to death in a duel between him and Vice President Aaron Burr, a political frenemy of his throughout their careers. The key difference is Tupac’s was out of his control, it was in the streets, Hamilton’s was a loss of a one-on-one duel.

Joni Lee
6 min read
Beetlejuice is weird but great. Those who saw it before the official Broadway opening might want to take a second look. 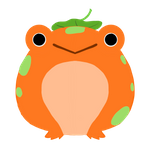