Space Force, the hilarious but relevant Netflix TV series released the summer of 2020 gives a satirical take on the new U.S. military branch, Space Force. The show sports a range of characters from newly appointed Four-star General Naird played by Steve Carrell to Dr. Adrian Mallory, the chief scientist, played by John Malkovich. Space Force is set only one year in the future and showcases rising hostility with China, increasing American militarism, and grappling with a demanding and harebrained president known only as POTUS. Beyond the political issues, the show also delves into the struggles of single parenting, work-life balance, and old people learning how to use social media.

“POTUS wants to make some changes. He’s tweeting about it every five minutes.”
— General Naird

Most importantly, Space Force is about the evolution of the friendship between General Naird and Dr. Mallory. As different issues arise, the hierarchy-focused General Naird and the ethics- and logic-focused Dr. Mallory often find themselves at odds. However, as they work together to solve the issues facing Space Force, they come to a place of mutual respect and friendship.

The story begins when General Naird achieves his life-long dream of becoming a four-star general and is finally able to join the inner circle. He is quickly disheartened when he learns that he will be commanding the newest, and the least illustrious, branch of the military, Space Force. He meets the main cast of the show including Captain Angela Ali, an aspiring astronaut, and F. Tony, the seemingly inept social media manager. He also manages to become enemies with the Chief of the Air Force, General Kick Grabaston.

Tensions with China begin to rise and POTUS begins to call for war in the very first episode. As the series progresses, China becomes more aggressive and the pressure on General Naird increases. Adding to the pressure is Chief Scientist Dr. Mallory, who refuses to compromise on even the smallest details under his purview. This makes it difficult for Naird to follow the orders coming from the White House while also keeping Dr. Mallory happy.

Throughout the show, General Naird tries to balance the pressure at work with caring for his teenage daughter. He tries to be a good father but struggles to connect with a rebellious teenager. This, combined with his gracelessness under pressures, makes General Naird relatable and gives him a sense of humanity. He also does his best to navigate social media under the guidance of F. Tony, the patient, but undervalued, social media manager. General Naird serves as an example of the confusion facing older generations as they learn to use Instagram, Facebook, and many other platforms.

"Why am I in trouble because Boomers are weird around women?"
— F. Tony

By mixing satire, humor, over-the-top politics, and serious review of ethics and morality, Space Force seems more like real life than just a simple comedy. The mixture of problems—dealing with teenagers, trying to understand the complex and confounding landscape of social media—highlights the human side of the main characters. It also makes the show relatable for a wide audience.

With respect to politics, the entire show makes the space branch of the military, also named Space Force, seem like a laughable proposition. The never-seen character POTUS is an obvious parody of Donald Trump. He even has a daughter who is a fashion designer.

The parody of Trump is meant to add another layer of satire to the show. Focusing not only on the Space Force as a military branch, but also on Trump's presidency as a whole. The show makes references to current political topics such as immigration and gun control, characterizing Trump's policies as ineffective and childish. In addition, throughout the show, POTUS makes many outlandish and not-thought-out requests of Space Force. But Trump is not the show's only target. Parodies of Nancy Pelosi, Alexandria Ocasio-Cortez, and Senate Minority Leader Chuck Schumer bring up points about over-the-top military spending and the importance of the indebted American economy.

Space Force puts its greatest focus on the increased conflict with China. And as POTUS and his administration call for war and retaliation, General Naird often thinks about World War II and the damage that another catastrophic war, this time with nuclear missiles, could have. Despite this, the main motto of Space Force is “Boots on the Moon,” and the impending and wasteful war in space is always looming.

Ironically, the show is surprisingly patriotic, as the main characters manage to make moral choices while defending and supporting America. One of General Naird’s main struggles is whether he can be patriotic and still disobey orders to make the right choice. His relationship with Dr. Mallory helps him as he wrestles with this choice and tries to find another way.

While Space Force makes us question our own sense of morality, it does so in a heartwarming, uplifting, and genuinely funny way.

Cold Cases, Social Media, and the Ethics of True Crime

Olive Penderghast
4 min read
Deborah Feldman shares a unique insight into an isolated community and culture few are familiar with. 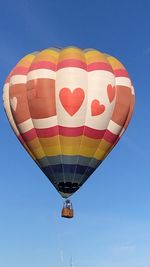