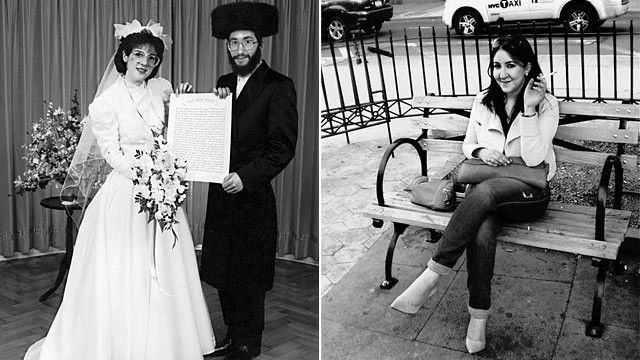 Deborah Feldman's heart-wrenching memoir is worth your attention.

Unorthodox: The Scandalous Rejection of My Hasidic Roots recounts the author's experiences growing up in the ultra-orthodox Jewish community of Williamsburg, New York.

Out from Behind Closed Doors

From the moment Feldman was born, she did not meet her community's impossible expectations. Raised by her grandparents, she carried the burden of her parent's drama:

Thus, Feldman suffered a lonely childhood, weighed down by repressive social norms and religious teachings. She struggled to accept her community's idea that a woman's purpose is to serve men. Defying the expectations put up on her, she writes:

I want to be such a woman, who works her own miracles instead of waiting for God to perform them. Although I mumble the words of the Yom Kippur prayers along with everyone else, I don’t think about what they mean, and I certainly don't want to ask for mercy.

Though her community required her to be "just" a wife and mother, Feldman aspired to something else. Her talent and interest in learning made her stand out. As a young girl, she found moments of freedom while reading books written in English—a rebellious act as only Yiddish books were allowed in her community. But Feldman looked to storybook characters like Roald Dahl's Matilda for hope.

Throughout her memoir, Feldman describes beautiful, yet sorrowful, memories. She writes about the men in her life, including her husband. Their marriage, arranged when Feldman was just 17 years old, resulted in a sexually and emotionally dysfunctional relationship. She also notes the influence the women in her life had on her childhood. She felt betrayed by them as they hurt her the most. Her female family members controlled her, her female teachers belittled her, and her mikvah attendant sexually assaulted her.

Feldman’s raw emotions and intimate details make you root for her throughout the book until she finally escapes her community in pursuit of a college education. Her reflections on the effects her religion has on its followers and her story of breaking free leaves you in awe of her bravery.

Unorthodox is worth the read, in part, because Feldman is a natural storyteller, even though she was denied a proper education growing up. The inspirational story delves into religion, gender roles, sexism, education, and Jewish identity. The story is enthralling.

Readers interested in understanding Feldman's world can also supplement the book with Netflix's new series Unorthodox, which provides visuals for the Orthodox Jewish clothing and ceremonies described in the novel. Emmy-nominated Shira Haas and co-star Amit Rahav are my newest celebrity crushes.

Publishing the novel alienated Feldman from her community. In the epilogue, she reveals the backlash she received from ultra-orthodox Jews. She was accused of lying and was told she was an embarrassment to the Jewish community. One Hasidic editorial even claimed she could be a catalyst to another Holocaust.

Despite the negative reviews from her community, her risk to share her story led to remarkable success. She inspired an Emmy-nominated Netflix hit and connected her isolated community to the rest of America and beyond. She brought light to the suppression women and children in Williamsburg face, and she inspired other ex-Hasids to speak up as well.

In the end, Deborah Feldman's moving memoir forces us to reconcile our past with our present. She leaves us with the famous words of Rabbi Hillel: If I am not for myself, who will be for me? If I am not for others, what am I for? And if not now, when?