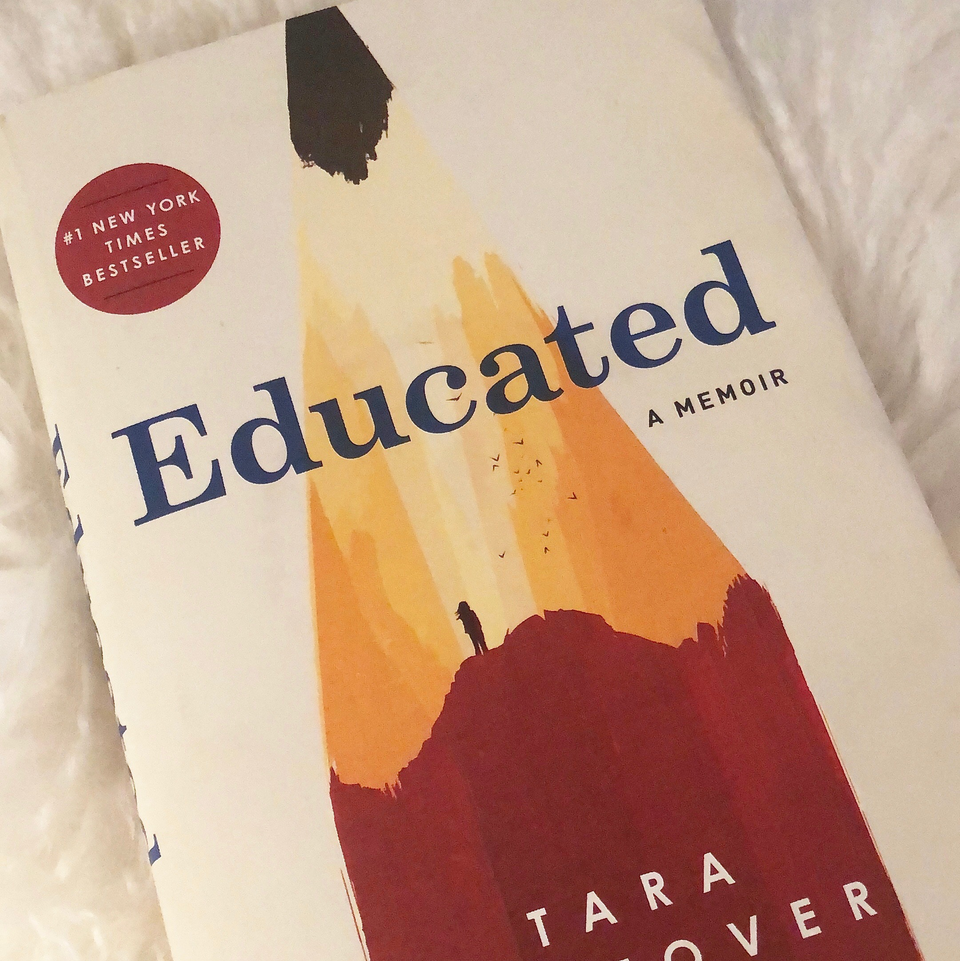 The incredible story of Westover’s journey toward self-discovery and education has enthralled millions of readers across the globe (including me):

With her sharp wit and quick sense of humor tells a unique coming-of-age story about an unusual upbringing in the rural mountains of Idaho. Born the youngest of seven children, she was never taken to the doctor nor had any sort of formal education until she was 18.

Westover maintains that the memoir is not about religion nor about Mormonism, but about her unique family and the impact they had on her.

Here are three lessons I took away from reading the gripping memoir:

Lesson One: Opportunities won't create themselves.

The most important thing I learned from Educated was this: don’t expect people to hand you everything the easy way. To grow as a person, you must take control of your own life and start living it the way you want. As Westover said:

“My life was narrated for me by others. Their voices were forceful, emphatic, absolute. It had never occurred to me that my voice might be as strong as theirs.”

Her entire childhood was overseen by her father: she was forbidden from playing with kids her own age, going to school, or even dressing how she wanted. Leaving for college was the beginning of her independence. It was then that Westover realized she could become who she wanted to be without anyone constantly controlling her.

She created those opportunities for herself; she taught herself the basics of math and English, she applied to college, and she is now a successful world-known author. No one handed anything to her: she built everything from the ground up.

Lesson Two: No one knows you better than yourself.

Describing her initial struggles in college, Westover admits that she just didn’t have the right mindset at first:

“The skill I was learning was a crucial one, the patience to read things I could not yet understand.”

In the beginning, Westover had to teach herself the basics of every course. She was never taught history and didn't even know what the Holocaust was. She wasn't efficient in her work and had never learned study skills. As a result, her first semester grades were a disaster. However, she learned more in only three months than she had in her previous 18 years. She worked harder than anyone, and it paid off in the end.

Humans like to stick to what they do best, and never swerve away from it. It’s great for the ego, but in the long run, it’s terrible for growth. The only way to get close to the definition of “success” is to get outside our comfort zones and challenge ourselves, and only we can do that.

To carry out an objective, as Westover showed, it is essential that you persevere: no one knows your limits, your goals, your work ethic better than you. The sky's the limit, as they say. She persisted through her failures, and was not only able to finish college, but also gained a successful career.

Lesson Three: Losing people is an inevitable part of life.

Not everyone we meet will stay in our lives forever: Westover is an example of this. Her parents did not agree with her yearning for education, which created a rift in their relationship. But most importantly, when she confronted her parents about her brother's physical abuse, they accused her of trying to shame the family name. That was the final straw for Westover, and she permanently walked out of her old life.

After Westover's decision to leave the family circle, her career seems to take flight. She is admitted to Cambridge (winning the Gates Scholarship) and publishes her memoir a few years later. Educated has taught me to surround myself with people who will support me, and encourage me to do better.

Westover's story of overcoming all odds has inspired millions of people across the globe to pursue their own dreams. Though having to sacrifice her family was not an easy task, she believes that it was inevitable to achieve her goals. Again and again, she addresses sensitive topics (such as violence, trauma, and abuse), hoping to get readers to ask themselves: How can I begin my own quest for education?These three lessons were the ones that impacted me the most out of the many in her memoir. I like to laugh, give fist bumps to people, and check things off lists. I use colons religiously. My favorite song right now is Chlorine by Twenty One Pilots :)