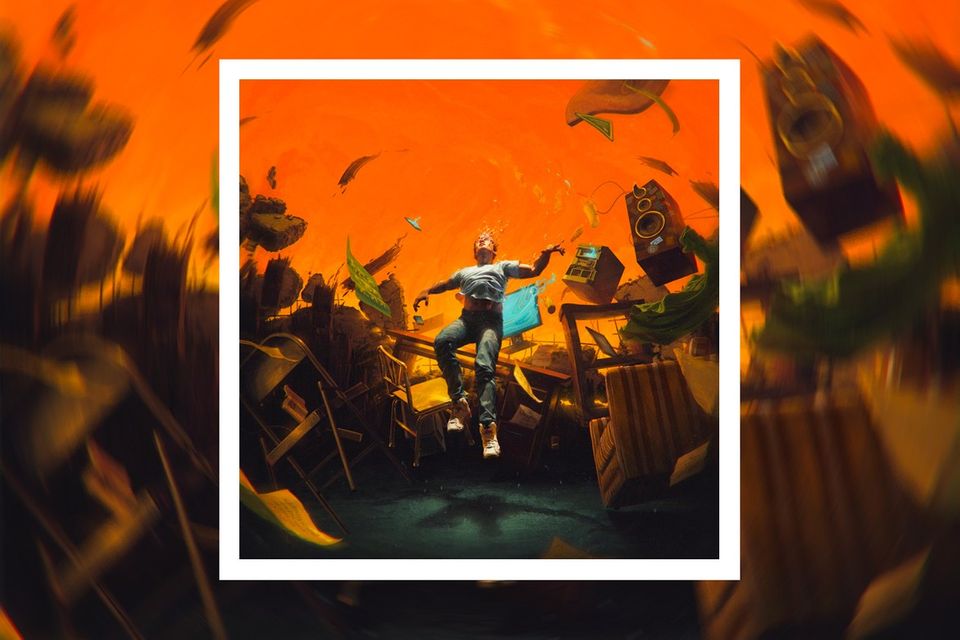 Maryland Hip-Hop artist Sir Robert Bryson Hall II, mainly referred to by his professional name, Logic, finishes his music career in a satisfying return to form with the release of No Pressure.

Officially announcing my retirement with the release of “No Pressure” executive produced by No I.D. July 24th...

It’s been a great decade. Now it’s time to be a great father.

Logic's Career at a Glance

Looking back on the now-retired artist's career, Logic has one of Hip-Hop's most diverse catalogs. Taking on various personas, Logic wanted to experiment with different styles and presentations, sometimes to a fault. As a result, while many projects worked out very well for him, some missed the mark.

Logic is in his element with projects such as Under Pressure (2014), where he maneuvers the troublesome subjects of his early life, specifically his family situation plagued with addiction and crime. Concomitantly, Logic brings poetic lyrics with loquacious delivery. Logic's charisma and unique style provide a breathe fresh air into a stale and repetitive Hip-Hop genre.

Logic's flair and charisma, however, are absent in projects like Confessions of a Dangerous Mind (2019). His typically charming and cocky personality comes across preachy and void of creativity. Repetitive lyrics and cookie-cutter presentations replace fun punchlines and verbose delivery. In short, Logic felt out of touch with his roots.

No Pressure Brings It Full Circle

Per the apparent nod in the title, No Pressure returns to where we left off in 2014's Under Pressure. Logic's intentional collaboration with executive producer No I.D. for the first time since Under Pressure is a nod to the previous project's continuation.

From a production standpoint, No Pressure is pretty close to perfect. From the opening track, "No Pressure Intro," there is an apparent creative flair reminiscent of his preceding projects. Featuring vocals from himself and Orson Welles, Logic creates a retro feel that he builds upon throughout the project,by sampling iconic pieces from the 70s and 80s such as "Dream Flower" by Tarika Blue and "Lies Through the 80s" by Manfred Mann's Earth Band.

Welfare, food stamps, and stealing from the store,
Come home and see an eviction notice taped to my door.
Can't take no more, momma on drugs, daddy M.I.A.
What can I say? I just wanted to be a kid and play.

Besides the production, Logic builds on his previous work with new perspectives on themes expressed in Under Pressure. One central theme in this project was family. On tracks like "Soul Food," Logic reflects on the broken home and community where he grew up. His resentment towards his parents is crystal clear, blaming them for the painful circumstances of his childhood.

At this point in his life, Logic viewed parenthood in a dark light, feeling betrayed and ignored. On tracks like "Under Pressure," he reveals that he's kept his mother and father isolated from his life even as an adult. Feeling their relationship was too far gone to attempt to salvage.

And I'll be sure to do more for my family than mine did,
'Cause hip-hop rhymes taught me more than my moms did.

In No Pressure, he returns to this idea of family and parenthood with a new perspective. Logic's newborn son is an enormous inspiration in this project. Reminiscing on childhood, he makes a promise to his son to be present. The artist claims that the main reason for his retirement is to provide his son with a happy childhood with a present father.

He comes to terms with his early life's misgivings, tying up loose ends left on Under Pressure. Unlike its predecessor's continuous dark tone, No Pressure contains a wildly optimistic mood in tracks like "man i is." He credits his new family for bringing him a newfound joy to his life, where he previously felt under constant pressure.

On the surface, No Pressure is simply a compilation of music with strong direction and tasteful influence. It has fun songs full of punchlines and catchy hooks, but beneath the surface, it has personal, reflective moments. The production is nearly flawless. Overall, it is a rare example of an album that I will listen through without skipping any tracks. Yet, for those who take time to give it a closer inspection, Logic explores his journey as an artist and a human being. His newfound hope in family and the discovery of his true happiness leaves listeners with a satisfying conclusion to his story.

Howdy! I love the outdoors. Fishing, hiking, and biking are some of my favorite things to do!