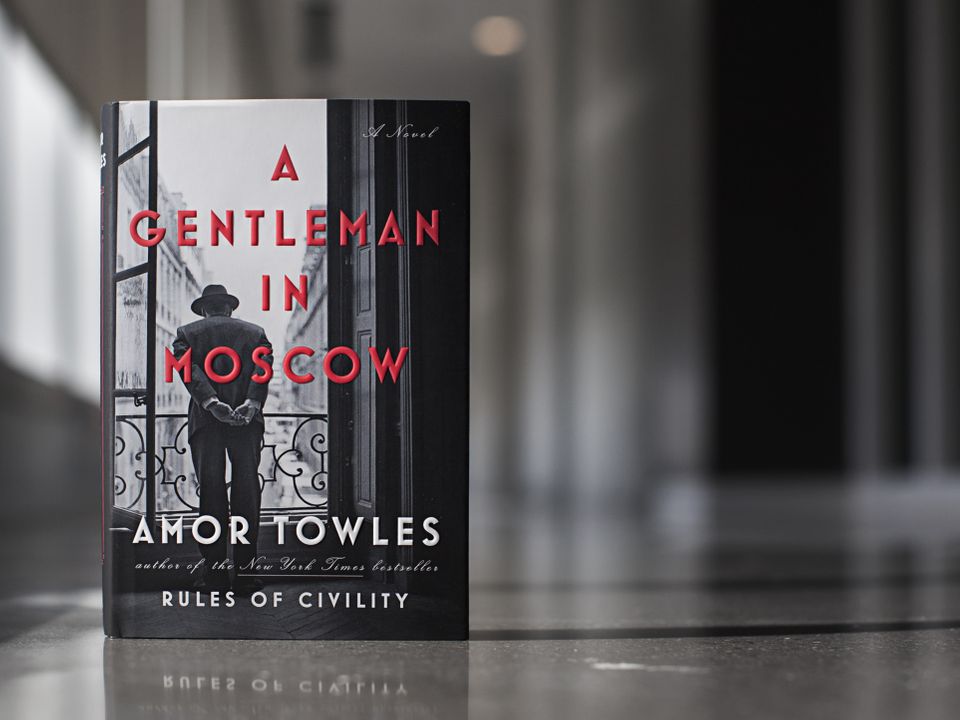 The pandemic has allowed us the guiltless opportunity to spend time for ourselves. Perhaps many of us reacquainted ourselves with the somewhat ancient pastime of a jigsaw puzzle. Maybe you have had this experience: you’re doing a puzzle and, with a few pieces left, start to feel stuck. Hours have passed and you’re tired. The glossy puzzle pieces are reflecting the lights above, making them hard to see. Suddenly, someone walks by, picks up a piece, and puts it in the spot you’ve been trying to fill. It’s about perspective, they say. The puzzle they see is the same one you see, but the glare isn’t strong where they are. You sat in the same place for hours hoping the puzzle would speak to you. All you had to do was stand up.

In your fixation on the puzzle, you became stuck in your circumstance and your world shrunk to the size of that empty space. Standing up freed you from your circumstances. It didn’t change the puzzle; it changed the way you saw it.

Just as tunnel vision on a blank space in a puzzle can lead to a feeling of detachment from the puzzle as a whole, the distance between the feeling of entrapment versus the feeling of freedom can be heightened due to tunnel vision. In A Gentleman in Moscow, Count Rostov lets his circumstances define his freedom, causing him to feel trapped. The Count understands that, “a man must master his circumstances or otherwise be mastered by them,” but initially, he’s not the master of his life at the Metropol Hotel (28). With a little help from those around him, new doors open and the Count begins to understand that freedom is relative. His world grows and he creates a life he actually wants out of a circumstance others living in Russia in the 1920s may have dreamed of: House arrest in the Metropol Hotel.

The Count is sentenced to life in the Metropol hotel. His prior life was lavish. Though the elegant hotel has everything he could need: restaurants, a barbershop, conference rooms, glass ceilings, and views of Russia, he cannot help but remember what he used to have.

House arrest is not a glorious term, referring to a state of entrapment creating a false sense of freedom that is out of reach. It’s similar to the idea that “[i]f only I could have [...] I could be happy,” but just as happiness is not about what you do or do not have, freedom is not about what you can or cannot do, where you can or cannot go. It starts in your mind. Knowing what he doesn’t have, the Count initially feels a loss of freedom.

The Count emphasizes two main ideas throughout the novel, one being the detriments of wishing for different life circumstances, and the other being “[b]y diverse means we arrive at the same end” (30). Though both are noted many times, the Count does not always find himself listening.

It takes a curious little girl to help the Count understand the freedom and bliss within the Metropol Hotel. The girl, Nina, comes into the Count’s life abruptly. She sits at his table during a meal. Her curiosity to approach a grown man and begin asking him questions sets the stage for their relationship.

She carries a hotel passkey around her neck, symbolizing her adventurous spirit. This key is what helps Count Rostov define his own freedom. The key is his missing puzzle piece. It shows him another way to see the world.

Nina takes the Count past doors he has never seen before. Into rooms he didn’t know existed. She shows him what he has had all along:

Nina had not contented herself with the views from the upper decks. She had gone below. Behind. Around. About. In the time that Nina had been in the hotel, the walls had not grown inward, they had grown outward, expanding in scope and intricacy. In her first weeks, the building had grown to encompass the life of two city blocks. In her first months, it had grown to encompass half of Moscow. If she lived in the hotel long enough, it would encompass all of Russia. (57)

The keyword is “contented.” Nina is a young, curious, explorer. She doesn’t take no for an answer, questioning why she should follow general expectations. The Count was missing curiosity, making his world feel small. Once one door opened, it created a domino effect that helped him feel curiosity.

The hotel was the same size. It contained the same services, workers, and rooms; the Count’s view of it, of all of them, had changed.

In life, it is easy to allow your circumstances to define you. People often overlook what they have, “In fact, because we have evolved as a species to pay the utmost attention to that which is just beyond our reach, these men are likely to dwell on the splendors of Moscow more than any Muscovite who is at liberty to enjoy them” (164). Freedom is relative. We want what we don’t have, hindering us from seeing the world clearly. It is easy for the Count to wish he could leave the hotel because he can’t. His friend who does not live in the Metropol even says, “‘Who would have imagined,’ he said, ‘when you were sentenced to life in the Metropol all those years ago, that you had just become the luckiest man in all of Russia,’” referring to how nice the Hotel is (293).

The domino effect begins when Nina helps the Count by opening one door, like placing a single piece of his puzzle in place. He is then able to see what was in front of him the whole time, if only he had taken the chance to look. The first piece Nina places in the puzzle changes the Count’s perspective. The passkey becomes his guiding light, allowing him to embrace curiosity and explore. All it takes is a moment for your world to change, for the first domino to fall. In the case of the Count, it took the happenstance of sharing a meal with a curious little girl.