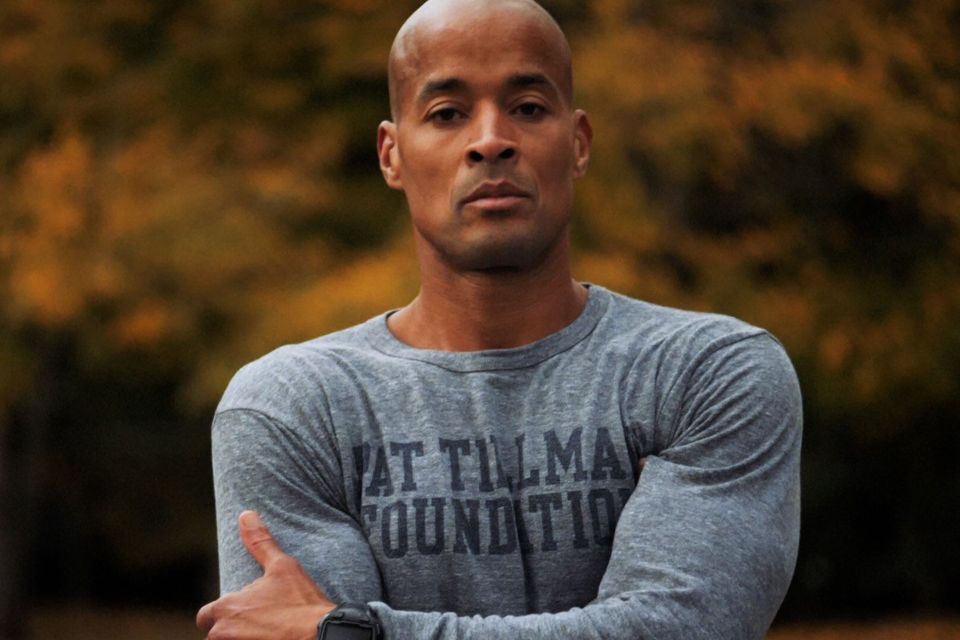 David Goggins, ex-Navy SEAL and Army Ranger, dives deep into the sharpness of the human mind in his book Can't Hurt Me: Master Your Mind and Defy the Odds. Goggins is the only man in military history, to experience three Navy SEAL "Hell Weeks" within a one year period; disclaimer: this should not be physically possible. Goggins is also the only person to complete training as a Navy SEAL, Army Ranger, and Air Force Tactical Air Controller. David Goggins was a member of SEAL Team 3 and was awarded Enlisted Honor Man in Army Ranger school.

Can't Hurt Me: Master Your Mind and Defy the Odds, gives its reader chills, as well as a better perspective on life's obstacles. One of the best takeaways is Goggins' 40% Rule:

When our brain tells us to quit, we have only accomplished 40% of what we are truly capable of.

We all want to be comfortable. We try to do just enough, so we can tell ourselves that we tried. But the 40% Rule pushes us forward by assuming that "enough" is only a small portion of what we can truly do. The 40% Rule has the potential to create drastic changes in the way we handle adversity.

Goggins explains how the 40% Rule helped him when he was overweight and living an easy, yet miserable life, as a Pest Control employee. Although he wanted to do something different, his mind would prevent him from breaking away from the feeling of his easy, stationary norm, to painful suffering that he felt he needed to experience.

After embracing the idea that he was only doing a small amount of what he was capable of, Goggins would continue to make progress, especially in the months leading up to his transition in to the Navy SEAL BUD/S program.

“You are in danger of living a life so comfortable and soft, that you will die without ever realizing your true potential.”
— David Goggins

For me, the 40% Rule has opened up a new dynamic in the way I approach obstacles, both physical and mental. It has allowed me to get comfortable with being uncomfortable. For example, continuing a workout was something I always struggled with when I was not around other people. The 40% Rule made me realize that if I can compete with myself when I am alone, then I can open up a whole new me when in physical competition with others.

Anybody who reads Goggins can take advantage of the 40% Rule by applying it to anything in your life. The 40% Rule allows you to become better as a person, as well as, a master at your craft. It disciplines you and humbles you, but it also inserts into your head the idea that you are  more capable of doing something, even if your own mind says that you cannot do so.

David Goggins has changed my outlook on obstacles that I face. I no longer sit and feel bad for myself, rather I go out and try to tackle the problem head on. I do not allow myself to accept the fact that someone thinks they work harder than I do.

“The mind is the most powerful thing in the world. The mind has capabilities that are so unknown, and being able to tap into that is on the other side of suffering.”
— David Goggins

Can't Hurt Me is well-written: emotional, raw, and thorough. Since we all face obstacles and impediments, anyone who takes the time to read the book will find something beneficial. It will open a new door in your mind to help you conquer physical and mental obstacles.