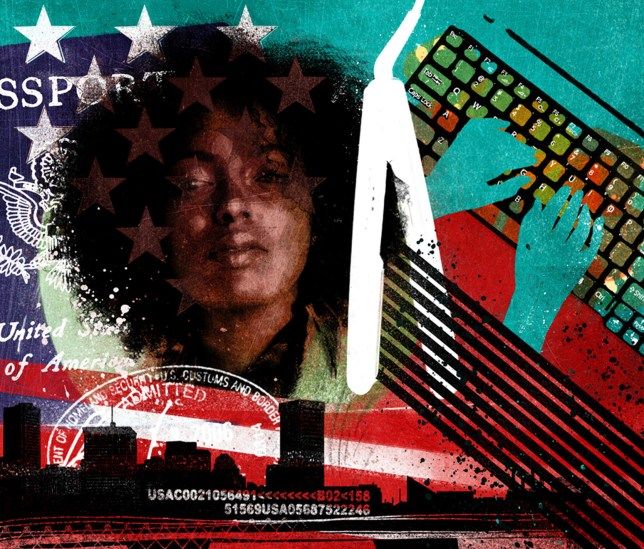 In her third novel, Americanah, Chimamanda Ngozi Adichie explores the experience of immigrants who come to America and have blackness foisted upon them.

This young adult fiction tells the story of Ifemelu, an outspoken Nigerian woman who comes to America to attend university. She quickly realizes that the United States is not the promised land that she thought it would be. Many Nigerians come to America for its various advantages, but few get to enjoy the American Dream.

“I came from a country where race was not an issue; I did not think of myself as black and I only became black when I came to America.”

After living in New Jersey for 13 years, Ifemelu decides to move back to Nigeria, but first she has to get her hair braided. The novel goes through a series of flashbacks while Ifemelu is at the African salon. She recalls three previous relationships with men—white, Nigerian, African American. Adichie uses the narratives of Ifemelu's past relationships to reveal the complexity of identity and its relation to society.

In her first months in America, Ifemelu becomes conscious of how ugly and apparent racism is here. Adichie emphasizes the importance of learning what it means to be "black" in America. For Ifemelu, the idea of race becomes something she has to observe and learn. To release her frustrations, she begins a blog titled Raceteenth or Various Observations About American Blacks (Those Formerly Known as Negroes) by a Non-American Black. Here, Ifemelu records her findings on race in hopes of diminishing the struggle for subsequent non-American blacks.

In a post titled "To My Fellow Non-American Blacks: In America You Are Black, Baby," Ifemelu reveals the harsh reality that "America doesn't care." For many immigrant/non-American blacks, before coming to America, they were never referred to as “black.” No matter if they were from Mauritania or Angola, in America, they fall into the same group.

The singular category of “black” assumes that non-American blacks have an ingrained understanding of the struggles of American blacks, which is false. When filling out forms, for example, someone like my brother—someone who wasn't born in the United States—doesn't have the option to be African. He has to be black. Non-American blacks have to accept and navigate within the rules of black identity in America. Thus, they have to learn to cope with the systemically racist structures of a culture they were not born into.

Ifemelu's bold, fierce tone in her blog calls each of us to question what we know. Raceteenth is more than a rant or a collection of observations about a disturbing society. Rather, it’s an instruction manual for immigrant blacks who are trying to find their way in America. It brings to the surface, many unfortunate realities that come with the label "black," and how one doesn't get to choose if they fit under that category.

Through her blog, Ifemelu raises an important question:

"What if being black had all the privileges of being white? Would you still say don't call me black, I'm from Trinidad? I didn't think so. So you're black, baby."

The tendency for non-American blacks to deny being black in America stems from the fear of being kicked down to the bottom of the social ladder.

As an American-born Nigerian, I can relate with Ifemelu's struggles. My own experiences are not the same as the experiences of those whose ancestors lived through slavery in America. America sees me as Black/African American, but, in reality, I'm African. Like Ifemelu, I didn't know that I was black before I came back to the United States in seventh grade; I was unaware that "America doesn't care." Instead, I was forced to learn the meaning of my blackness and identify with it. However, with "Raceteenth" as my instruction manual, 11-year-old me wouldn't have struggled as much to learn that my love for watermelon plays into racial stereotypes, and I'm an "angry black woman" when I speak my mind.

In Americanah, Chimamanda Ngozie Adichie shows a balanced view of the life and struggles of both American and non-American blacks. They all have their unique struggles, but the bottom line is that black is black in America, no matter how you go around it. I love playing Virus Buster on my DSi XL, jamming out to Afrobeats, and watching Scooby-Doo Mystery Inc. If I could go anywhere in the world, it would be Congo. (◕‿◕)